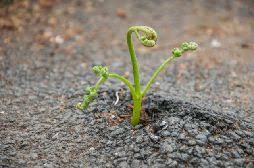 In my blog Climate Emergency Measure No.1, we removed all fossil fuel cars from towns, cities and villages. We reclaimed the embodied steel and recycled it into cargo bikes.

Now it is time to reclaim our public space. Regenerate our agricultural land and break up our dead concrete car parks. We must plant trees and vegetation to increase biodiversity. Restore soil fertility and restabilise the climate with natural carbon capture. And ensure resilient food supply chains.

Freeing up more space for eco-systems will help us recover and thrive. From parking lots to paradise – free your soil! 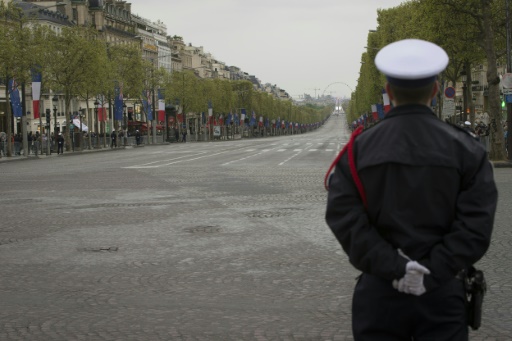 Once the cars are gone, it is really surprising how much public space we have in cities. The Champs Elysees in Paris would normally be home to eight lanes of roaring traffic. But on carfree day, the rolling landscape reveals a vista of abundant possibilities. And the potential for far greener pastures, in the heart of Paris.

For me, the blank concrete canvas opens up a Smörgåsbord of delightful options. But this is a Climate Emergency, so I will keep (for the moment) to our most pressing needs. 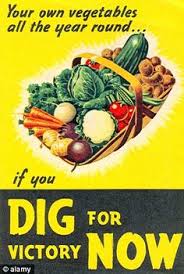 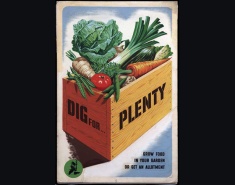 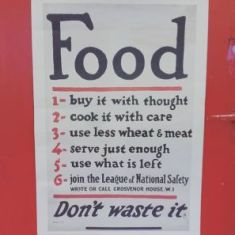 There are many advantages to being a city dweller but it is disconcerting to compute that we only have 3 days worth of food on the shelves. These second world war posters are just as relevant today but for different reasons. Our food security is not at risk from war, but from unsustainable food systems. As Extinction Rebellion says: No food on a dead planet.

We are heavily dependent on food being flown, shipped, driven or rail freighted into our city. Aviation, shipping and road transport are primarily dependent on fossil fuels. To break this dangerous dependency, we must relocalise food production.

This is a strategic failure in a Climate Emergency.

Market gardening (a techniquie imported from the Dutch) gave us ways to intensify food production in London to address this food security issue. In the 17th and 18th centuries, market gardens surrounded London and provided the fruit and vegetables on which the city’s inhabitants thrived. Meanwhile in inner London, Neat Gardens in Hackney and Pimlico supplied us with fresh local produce, using readily available horse manure to intensify production.

‘Neat House became one of London’s principal sources of supply for cauliflowers, cabbage, artichokes and asparagus, with early beans and cash crops of spinach and radishes. Low-lying, with a high wafer table, the land finely balanced drainage and irrigation, and was supplied with copious quantities of manure from London’s laystalls to maintain fertility and fuel the hot-beds under glass that were the secret of early and unseasonal crops.’

I recently asked Pedalmeapp (cargo bike logistics) to pick up 10- bags of animal manure from my local city farm, Freightliners, to experiment with the market gardening technique. For this experiment, I am using terracotta pots. At the bottom of the pot are a few stones (for drainage) and then I layer in some animal manure from the city farm.  The microbes in the manure will both heat up the soil and provide nutrients. Next is a layer of compost, ready to sow the seeds. I have used rocket seeds and am amazed when they germinate within a few days! 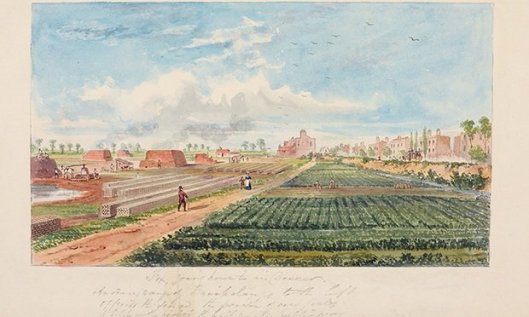 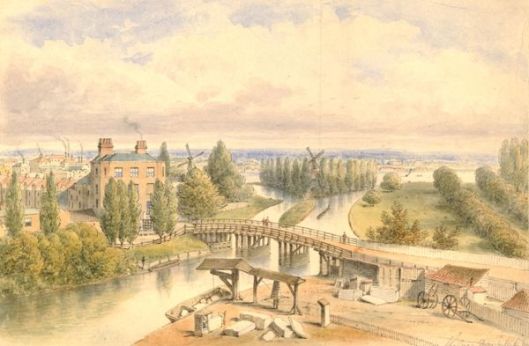 The 10x Greener Project by Friends of the Earth in Hackney encourages local residents to dig up concrete and replace with trees, climbing plants and flowers. Communal composts in City farms or (sitting in reclaimed parking spaces) provide localised fertile organic matter to increase productivity. 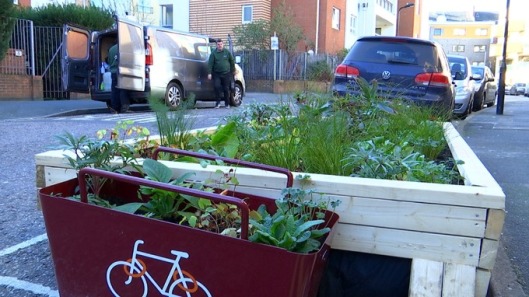 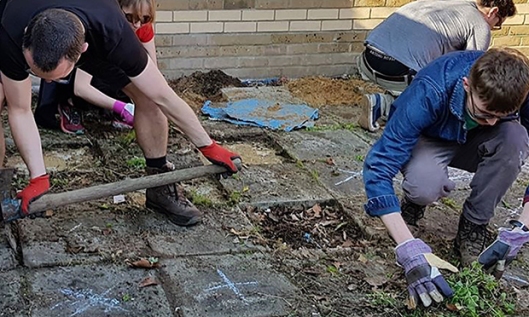 Releasing the soil from its concrete tomb 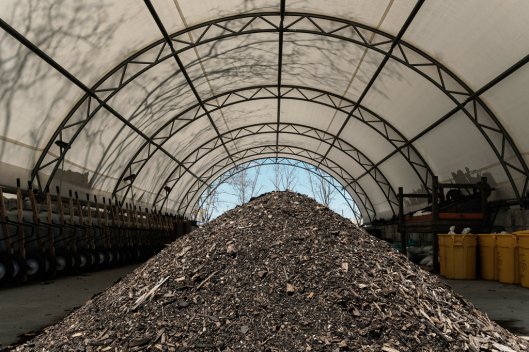 I recently asked (on twitter) for tips on opening up the earth from its concrete grave. An amazing assortment of natural techniques flooded in from around the world. There was a real surge of interest. Here are some of the suggestions:

Plants need a flow of oxygen to their roots as much as water and nutrients. So reconditioning compacted soils and clay from under paving is an important part of the remediation process. Potatoes and sunflowers can be grown to loosen up compacted soil. And pioneer ‘Specials’ such as Sunflowers and Corn accumulate any nasties in the soil. (just don’t eat or compost after growing for bioremediation)

Nicotine (Nicotiana) plants can be used to mop up heavy metal (just don’t smoke it!) A Cheap soil meter can test the quality of the existing soil. But if you know your area was a former industrial site, best to seek professional advice on soil toxicity.  Green manures such as Phacelia and Clover will  help restore fertility. Clover fixes nitrogen from the atmosphere into their roots, helping capture carbon.

As well as supplying opportunities for biodiversity, greening, food growing and tree cover, removing concrete reduces the heat island effect in cities and decreases the risk of flash flooding. Overheating and flood risk in Cities are major threats. Rewilding, reforesting and regreening are both mitigation and adaptation climate actions. Opening up the earth also opens up the opportunity for carbon capture. 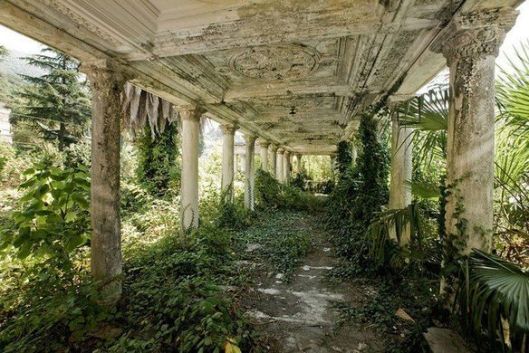 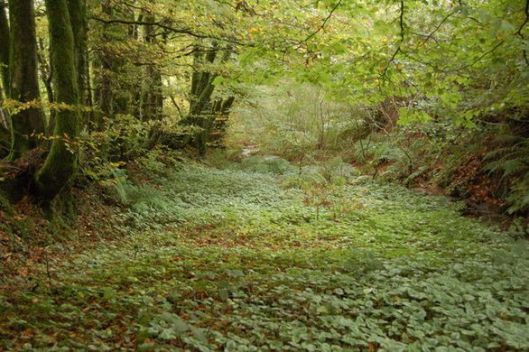 The City reclaims its wild nature

The more roads that remain on the landscape, the less wild the forest! Removing tarmac can help the city reclaim its wild character as well as help restore the creatures that rely on these landscapes. Daniel Raven-Ellison will see his vision of London as the first National Park City come to fruition in 2019. It is an incredibly bold and inspiring vision: 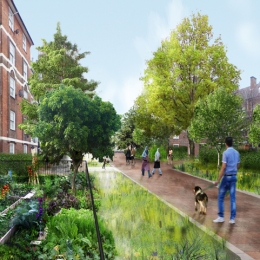 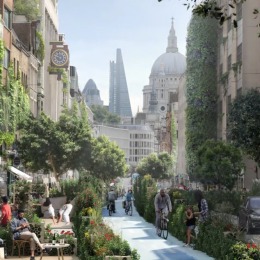 This will reconnect genetically isolated cells of wildlife via green corridors. And by reconnecting Citizens with nature, it will allow us all to heal.

Think this is impossible? Then take a look at this already re-wilded road in London,:

In 2016, I stumbled on Cantrell Road, whilst on a foraging walk at Tower Hamlets Cemetery Park. It was a revelation; a road that had been reclaimed by nature,  in the heart of London.  I photographed teasels and briar rose and was amazed at how much it looked like the South Downs in Sussex. We picked wild rocket and I made a rocket rissotto. Here is Cantrell Road, on the map in Tower Hamlets, and as I photographed it in Spring 2017. 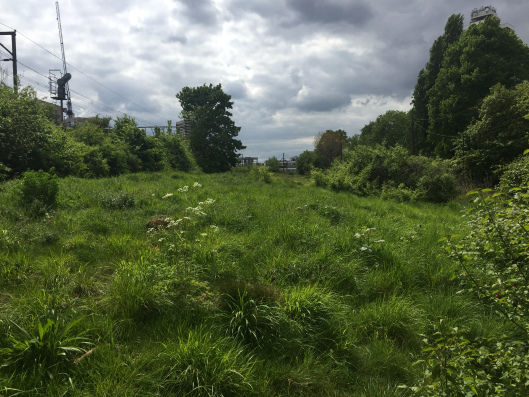 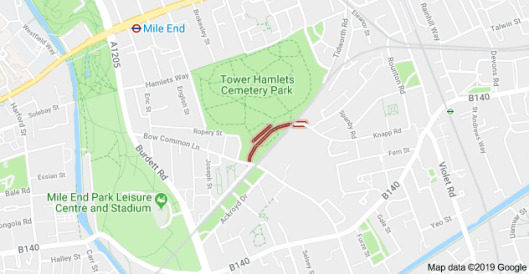 Today, golf courses cover ten times more land than local authority allotments. Instead much of the previous food growing land has been sold off to provide things that can be made to pay, such as shopping centres or car parks. Meanwhile industrial farming has created desert landscapes, devoid of trees, hedgerows, meadows and scrubland heath. Loss of these habitats has caused insect and bird species collapse. The use of pesticides on an industrial scale has wiped out pollinators and much of the delicate ecosystem on which we rely for clean air, clean water and healthy soil.

Small scale farming has proven to be far more productive than industrial farming. There is an inverse relationship between the size of farms and the amount of crops they produce per hectare. The smaller they are, the greater the yield. Permaculture is more sensitive and in tune with the natural world.

We must reclaim the cash cow desert plains that have devastated our wildlife. Parts of East Anglia farmland are shockingly devoid of a single tree. It makes me weep. 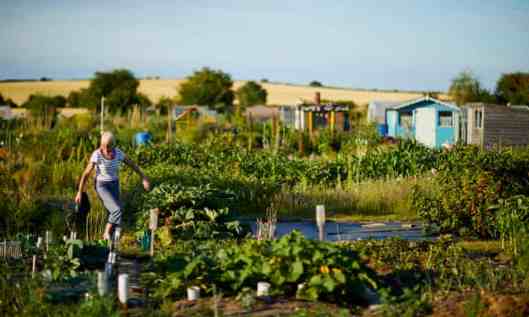 Building connections with farms outside London

An essential part of re-aligning ourselves with our natural world is restoring and establishing vital connections with our local countryside. This will help

Knepp is one of the largest rewilding projects in lowland Europe. You can camp out or stay in tree houses and shepherd huts You will encounter herds of wild ponies, cattle, deer and pigs as they roam 3,500 acres of Sussex, driving the forces of habitat regeneration.

We all like to break out of the city walls, from time to time. Let’s make trips to the local seaside and countryside by walking ,cycling and public transport, accessible to all.  Then  we can go on holiday, without contributing to the ecocidal horrors of aviation and carmaggedon. 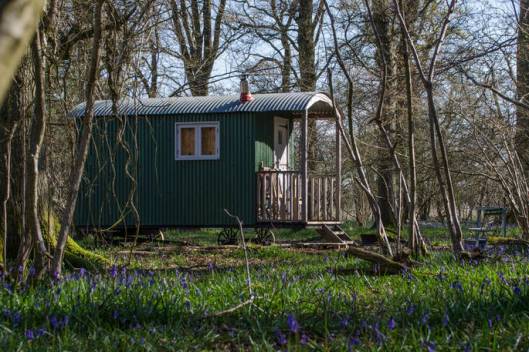 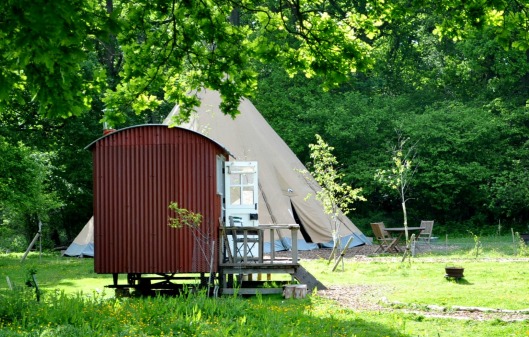