Driverless vehicles are presented in very simplistic terms, as futuristic saviours, solving congestion, making streets safer and even saving the planet. Like Uber, they claim to work for the good of the community but in reality 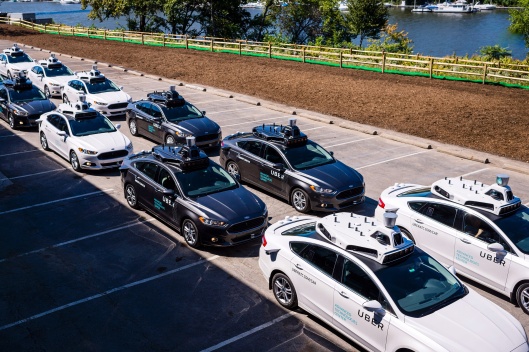 such companies are not actually interested in genuine change, for all their bluster about “radical disruption”. Self-driving cars are a sticking plaster over existing conditions.

My year-long research reveals a complex, darker and more disturbing picture that mirrors the uncertain times we are living in. I believe that if we accept this Trojan Horse through our city gates, we will be more vulnerable to cyber attack. We also become easier prey to a dystopian world where our public space can be controlled by outside forces. This is a very serious threat to our national security.

What’s in the code?

What does the dieselgate scandal tell us about the algorithmic transparency of driverless vehicles?  It took a year for researchers to find and identify the dieselgate code responsible for an estimated 38,000  global deaths per year from extra air pollution. Tracing illegal and unethical code is very difficult.

Many experts believe that corporations and governments are taking advantage of conceptual control gaps or lack of computer literacy, meaning communities become unable to understand and thereby scrutinise new technologies like drones and automated vehicles.

However Robert Bell, co-founder of the Intelligent Community Forum believes it goes even further :

“Transparency is the great challenge. As these things exert more and more influence, we want to know how they work, what choices are being made and who is responsible. The irony is that, as the algorithms become more complex, the creators of them increasingly do not know what is going on inside the black box. How, then, can they improve transparency?”

Unlike many technology bosses, Musk has been a vocal AI sceptic, warning that the potential consequences could outweigh benefits like self-driving cars.

The crossover between corporations working for Military and Commercial operations makes this scenario even more worrying. For instance Siemens, Google and Volvo all work for the US military. I have asked for clarification on the cyber security, algorithmic transparency and accountability of driverless vehicles at public meetings and have been quickly closed down on grounds of ‘sensitivity’.

The main players, China, Russia, US and Israel all have automated weaponry.

Military automated technology has the potential to be used in civilian public space and commercial autonomous vehicles may well have some form of automated weaponry algorithms embedded in their programmes. In the labyrinth of Artificial Intelligence, the lines between commercial and military are not clear.

An obvious question is who wants this killer technology? The answer is stark and chilling:

“They are going to go to tyrannical dictators who often have trouble convincing their militaries to attack their own people, which we saw in Egypt….The military refused to attack people in Tahrir Square.”

The question of who is to be killed in an ‘accident’ also remains problematic. There are so-called “algorithms of death”

Would some commercial operators prefer to save their valued paying customer over a non paying pedestrian or cyclist? Would that algorithm be transparent and accountable? And are there facial recognition algorithms that can even identify targets for assassination, as used by military drones?

A totalitarian state may not be concerned about this kind of algorithmic transparency and accountability, but a democracy like London must be aware of what it is unleashing onto its streets.

Stuxnet: the worm that turned

Wikipedia states that Stuxnet is a malicious computer worm, first identified in 2010 but thought to have been in development since at least 2005, that targets industrial computer systems and was responsible for causing substantial damage to Iran’s nuclear program. Although neither country has admitted responsibility, since 2012 the worm is frequently described as a jointly built American–Israeli cyberweapon

Stuxnet was originally under the radar, not to be detected but able to be significantly disruptive to the nuclear programme. Targeting

With its release and subsequent discovery, anyone can download and manipulate the Stuxnet code for their own purpose, targeting industrial facilities, computer systems or driverless vehicles.

This has opened a can of worms. Criminals or foreign powers can demand ransomewear in bitcoins as in the recent NHS cyber attack. They can also attack by disrupting infrastructure, putting lives at risk and blackmailing Governments or corporations.

When is an accident really an attack?

Under the radar hacking means that a driverless ‘accident’ could actually be a cyberattack. Accountability and transparency becomes impossible when there is no identifiable, traceable perpetrator.

Dr Lisa Collingwood of Kingston University believes that driverless vehicles are not ‘safer’ but  ‘just dangerous in different ways’ . At a recent meeing at London Cycling Campaign, she told the audience that autonomous vehicles could be used as ‘weapons of mass destruction’

I understand Transport for London are looking into automated brakes for buses. Whilst I support greater bus safety measures,  they may take caution from this episode, where a team of Chinese hackers took  remote control of Tesla Model S brakes from 12 miles away.

“Autonomous vehicles are at the apex of all the terrible things that can go wrong,” says Miller, who spent years on the NSA’s Tailored Access Operations team of elite hackers before stints at Twitter and Uber. “Cars are already insecure, and you’re adding a bunch of sensors and computers that are controlling them…If a bad guy gets control of that, it’s going to be even worse.”

Anything that can be built can be hacked: The difference is that we are not normally driving around behind our computer on a busy London Street. If vehicles can be hacked and operated by remote control , they can become weapons of mass destruction, or used for targeted assassinations and no trace of the perpetrator may ever be found.

And then there are glitches and malfunctions. Machines go wrong more than we like to think. The minefield of who bears responsibility for injury and death is a very difficult problem too.

Wellbeing, health, social cohesion and equality are at the heart of a liveable city. It is very concerning then that some driverless advocates are suggesting all citizens carry ‘beacons’ or are radio-tagged to stop them being victims of driverless technology. Maybe they would like children to be micro-chipped at birth too?

The reason for this is that ‘pesky cyclists’ are difficult for self-driving cars to detect. Or pedestrians might get smart to the driverless algorithms and override their physical advantage. Tom Cohen of University College London has warned that we must be wary of attempts by autonomous vehicle lobbyists to alter the Healthy Streets hierarchy of pedestrians and cyclists first. 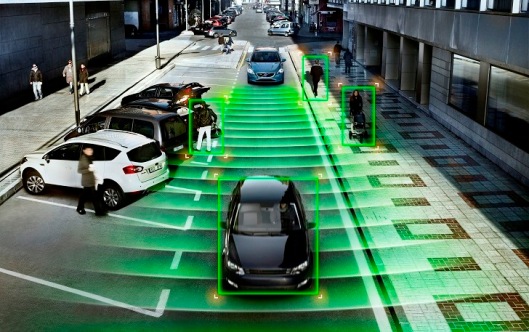 Anyone who is interested in the equality of public space, must be worried about the carving up of our public space into elite, robot superhighways. The business model that annexes public space to operate a motor vehicle product for the few is unfair. If it operates for everyone then we have stagnant congestion which is untenable and debillitating.

Active travel, like Walking and cycling, provide the most social cohesion and equality of public space. They can be accessible to children for independent travel, for older people, women and people with disabilities. But we must build the appropriate, accessible and safe infrastructure.

One of the more bizarre meetings I attended, in the process of this research, was a presentation on Climate Change that rightly urged us to move closer to nature. The twist was that the answer to ‘moving closer to nature’ was robots and robot cars. I was astonished at this disconnect.

Faceless vehicles with the human component of eye contact removed, are intutively less engaging and unnerving. How do you communicate with a metal box machine? But the environmental claims are plainly not true.

Neo-environmentalists believe that we don’t need to worry about climate change because technology will save us. They even have their favourite Cedric Price mantra:

‘Technology is the answer. But what is the question?”

I am completely on board with technology that has been scrutinised and found to be the best solution. I believe many renewables fall into this category.  But the fake ‘zero-emission’ claims of Electric Vehicle manufacturers remind me of the ‘clean diesel’ lobby.

Just the manufacture of an electric vehicle produces a massive carbon belch. Add on new electric infrastructure, the source of the electric grid etc and the embedded carbon is enormous. And of course 75% particulates come from road tyre and brake wear, meaning that EV are not a solution to air pollution and water pollution either.

The other carbon element, often ignored is the carbon footprint of data. Artifical intelligence, used by driverless technology, is a voracious consumer and producer of data.

At present the energy consumed by the worlds data centres puts an enormous strain on energy supplies Data has the same carbon footprint as the aviation industry. This is set to rise exponentially with the advent of Artificial Intelligence, like driverless technology. Electric vehicles and data centres are a big risk for energy demand and yet autonomous lobbyists are making ‘sustainable’ ‘green’ claims?

At a White Paper presentation on Autonomous Vehicles, I asked whether minimising motor vehicles to essential traffic would be an alternative, strategic solution to reduce congestion, parking,  road danger and unlocking space. The answer was yes, and a genuine smile.

These ‘mobile couch potatoes’ in no way provide a solution to the inactivity crisis enveloping our city. In fact they will impede progress on this public health emergency.

Replacing the current dangerous motor vehicle technology with an equally or potentially more dangerous tech does not make logical sense. Blowing our limited carbon budget on tech that does not provide real solutions is dangerous and reckless.

Money, resources, time and energy are being sucked into a sci-fi fantasy that should remain on the silver screen. At one meeting I suggested it might be a scam? The answer was revealing ‘It’s a bubble, people will lose money’ said professor George T Martin, Montclair State University.

An algorithmic organisation of society that takes out the human element can only lead to a dystopia; systematic dehumanisation and marginalisation . We must embrace our humanity, become closer to nature and ourselves. Building a more sustainable society is building a more human one, feeding our senses not sensors. Human happiness, creativity  and wellbeing are algorithmically unquantifiable.