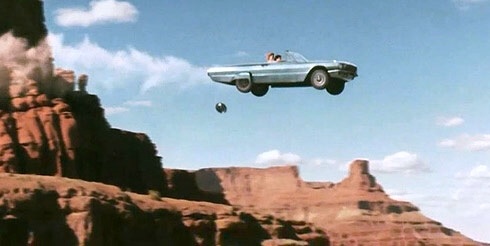 All too often emissions from motor vehicles are looked at in isolation. But if we don’t consider all aspects of manufacture, use and infrastructure, we are not fully taking into account the immense burden our car addiction has on our planet.

Transport represents the fastest growing source of CO2, the ‘greenhouse gas’ that traps heat in the planet’s atmosphere and causes global warming. In 2010, CO2 from transport accounted for 23 per cent of the world’s total emissions, and could double by 2050, increasing more rapidly than any other sector.

As this graph from the European Environment Agency shows, CO2 emissions are falling in most other sectors, by 24 per cent between 1990 and 2014, BUT road transport emissions rose by 17%. 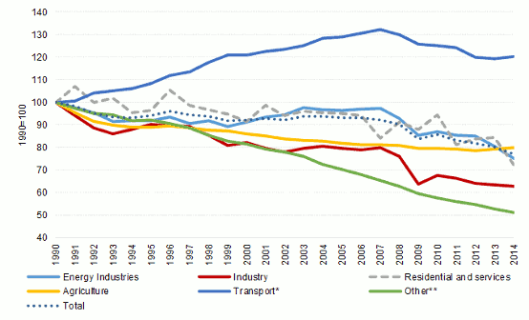 Cars are a major contributor

If we switched all motorised road transport to electric or hydrogen, we would blow the carbon budget just on manufacturing the vehicles This is why we must minimise motor vehicles to just essential traffic in order to meet the global reductions in CO2 emissions set by the Paris Climate conference.

There are over 1.2 billion motorised vehicles in the world today, and the number is projected to double by 2030. This would be an environmental catastrophe.

We have to decline the automobile industry and redeploy labour towards sustainable transport solutions, such as trams and rail. We must urgently invest in building safe, accessible cycle lanes and walking networks, rather than constantly focusing on building roads and car parks.

Shattering effect of roads on nature 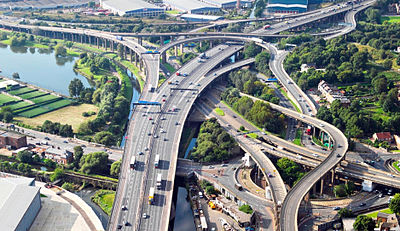 All roads erase nature but our current density has ‘sliced and diced Earth’s ecosystems into some 600,000 pieces. More than half of these are less than 1 square kilometre in size. Only 7% of the fragments are more than 100 square km.’

‘The impact of roads extends far beyond the roads themselves…..enabling forest destruction, pollution, the splintering of animal populations and the introduction of deadly pests. New roads also pave the way to further exploitation by humans, such as poaching or mining, and new infrastructure.

The last remaining large roadless areas are rainforests in the Amazon and Indonesia and the tundra and forests in the north of Russia and Canada. Virtually all of western Europe, the eastern US and Japan have no areas at all that are unaffected by roads. The scientists considered that land up to a kilometre on each side of a road was affected, which they believe is a conservative estimate.

The length of the world’s roads is projected to increase by more than 60% by 2050, say the researchers, but only about 5% of the roadless areas currently have any legal protection, according to the new work published in the journal Science.” – Damian Carrington

New roads induce more car use, more car production and then the call for even more roads when there is inevitably more congestion. It is a never ending cycle of destruction and more emissions.

‘However the inverse effect, or “reduced demand”, is also true  So the closure of a road or reduction in its capacity (e.g. reducing the number of available lanes) will result in the adjustment of traveller behaviour to compensate.’

‘Every time any politician says anything like “we have to help drivers,” they have it wrong. suicidally wrong.’

‘We have to think about how to efficiently move millions of people, not individuals—and not cars. We have to do this in a way that has the smallest impact on the environment.’ – Tricia Wood

There is hope. In a complete reversal, Cantrell Road in Tower Hamlets, London has been re-wilded, providing sustainable drainage, wild foods and re-forestation. 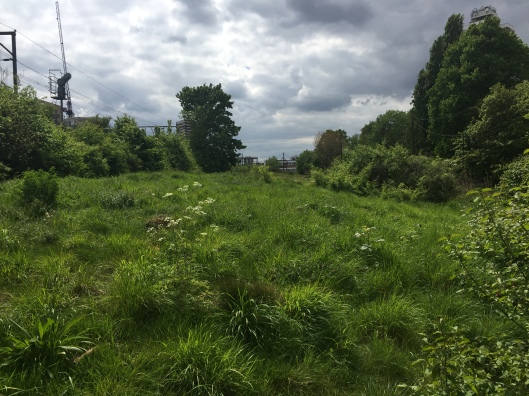 Cement production has a heavy carbon footprint: Run-off from tarmac increases the risk of flooding 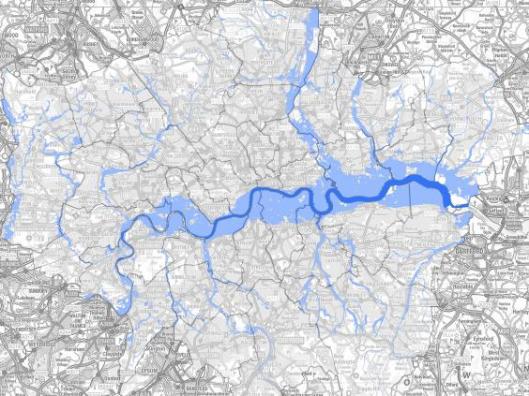 The cement industry is one of the primary producers of carbon dioxide. Concrete causes damage to the most fertile layer of the earth, the topsoil. Concrete is used to create hard surfaces like roads and car parks which contribute to surface runoff that may cause soil erosion, water pollution and flooding.

‘London faces a major risk of flooding. London’s floods are caused by a mixture of river processes, tidal flooding and drains/sewers unable to cope with the volume of water. This risk is likely to increase in the future as a result of climate change, rising sea levels and an increase in building in the Thames Gateway. Existing defences are solid in some parts but elsewhere they struggle to contain the floods. These defences will be tested even more in the future.’ 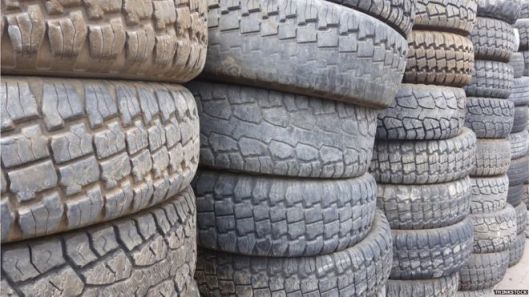 Motor traffic tyres are made from 60% plastic derivative. Particulates produced from tyre wear are washed down the drains into the water system.  We must protect water supplies from toxic pollution. Clean, drinkable water is essential to sustaining life and will become an even more precious resource in a more challenging climate. 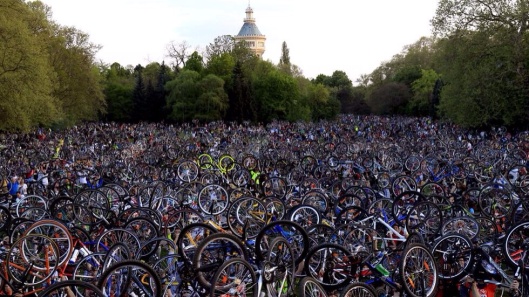 Of the 8.17 million potentially cyclable trips made every day, 6.47 million would take less than 20 minutes for most people to cycle and of these, 2.4 million trips could be walked all the way.

Cities around the world are making similar calculations to reduce emissions and use existing roads more efficiently.  “Cities are responsible for the majority of our harmful greenhouse gases [70%]. But they are also places where the greatest efficiencies can be made.”

Individuals cycling and walking move themselves, this is literally self-empowerment for a more sustainable future. A person walking or cycling uses less road space and there is the additional boon of increased fitness and health.

Space efficient walking, cycling and public transport need to be part of a wider debate to mitigate and adapt to climate change.