Clean Diesel, as we all know, probably one of the biggest lies 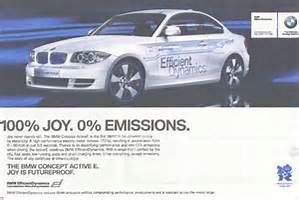 ‘The Advertising Standards Authority (ASA) upheld the complaints, saying the ad gave the impression that the entire production, use and disposal of the vehicle would not produce any emissions or have a detrimental effect on the environment’.

‘Industry overseer, the Advertising Standards Authority (ASA) ruled that a press ad for BMW’s concept ActiveE electric vehicle was misleading as it claimed the car produces ‘0% emissions’. The ad which read that the car offers ‘electrifying performance and zero CO2 emissions when driving’ broke advertising rules relating to the substantiation and environmental claims.While the carmaker argued that the car produces no tailpipe emissions, its reliance on electricity means that the car is still likely to be recharged from the National Grid, where most of the power is produced from fossil fuels.’

‘People friendly’ driverless cars (not unless you are a robot too) 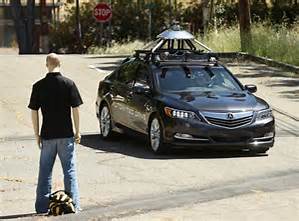 Truth: There is no such thing as a clean motor vehicle. Brake, tyre, road wear produce lethal PM2.5. There is no safe level of PM2.5. We need to minimise motor traffic.